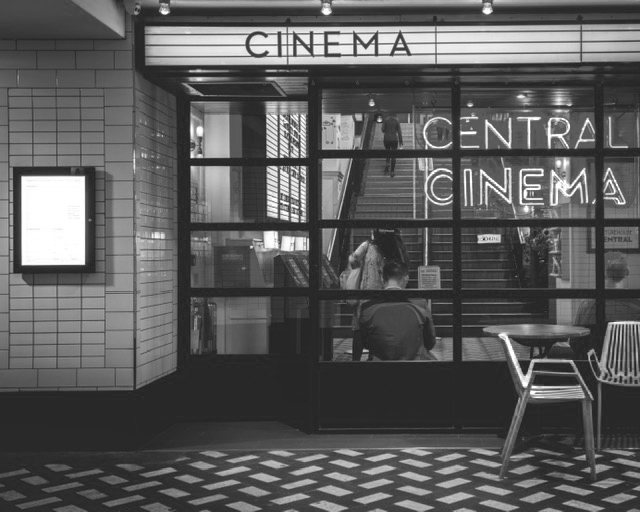 Jacqueline Lyanga is the US Delegate for the Berlin Film Festival (Berlinale), with a mandate that covers film programming and industry. Prior to this role, Lyanga was the Head of DEI at IMDb, and the Artistic Director of Film Independent in Los Angeles, where she developed strategies for Film Independent’s year-round programming initiatives, and partnerships, and curated screenings and events for the organization at venues across Los Angeles. She launched the immersive storytelling showcase The Portal, for Film Independent as Guest Director at LA Film Festival in 2018, as well as The New Wave in October 2019, in partnership with KCRW and MOCA, another new event for the organization, that was a showcase of inspiring, dynamic, and bold visions of inclusion, independence and innovation.

Prior to working at Film Independent, Jacqueline was the Director of AFI FEST presented by Audi, the American Film Institute’s (AFI) annual international film festival in Los Angeles for eight years, from 2010 to 2018, and a programmer and producer of year-round and festival programs for AFI from 2005 to 2009.

Jacqueline has been a guest and moderator of industry panels at the Berlinale, the Cannes Film Festival, the Forbes Women’s Summit and the Toronto International Film Festival (TIFF) and has been a member of the grants review committees for the Austin Film Society, and the National Endowment for the Arts.

She has served on international film festival juries at festivals such as the Edinburgh International Film Festival, the JIO MAMI Mumbai Film Festival, the Locarno Film Festival, the Sundance Film Festival, SFFILM in San Francisco, and the Toronto International Film Festival (TIFF). She has also worked for TIFF, and prior to working for festivals and non-profit film organizations, she worked for a number of other film and entertainment organizations and companies including, ABC/Disney, BET, Lifetime Television, PolyGram Filmed Entertainment, and the Independent Film & Television Alliance’s American Film Market. In 2014, she was featured on Essence Magazine’s list of the 75 most powerful black women in Hollywood, and in Variety’s Women’s Impact Report as one of the female entertainment industry leaders in Hollywood deemed a game-changer and innovator.

Jacqueline was recently appointed to the rank of Chevalier dans l’Ordre des Arts et Lettres by the French government for her promotion of French film and culture in the United States. She has also been awarded the Order of the Crown from the Kingdom of Belgium.

Jasmine Jaisinghani is a native Los Angelena with cultural roots from India and Mexico. Jaisinghani’s background in theatre, filmmaking and the music industry informs her interdisciplinary lens for storytelling and programming.

Jaisinghani currently is Program Head of the Ojalá Ignition Lab with UCP. Ojalá is founded by Tanya Saracho, creator, showrunner, and executive producer of Vida on Starz.

Jaisinghani’s professional journey began at Capitol Records segueing her to the Estate of George Harrison where she managed projects between London and Los Angeles. Her credits include the music documentary Concert For George; The Dark Horse Years box set and Harrison’s posthumous Grammy winning album Brainwashed.

As a creative producer she developed feature film content for international producers and consults from development to campaign strategy. Jaisinghani has produced two films for ITVS including Beholder directed by Nisha Ganatra (Late Night) and Tent City for Aldo Velasco (The Infiltrators).

Jaisinghani served as the first Artistic Director for the Indian Film Festival of Los Angeles at ArcLight Hollywood, one of the longest running US festivals focused on Indian films and filmmakers that inspired industry support for the new wave of contemporary Indian cinema.

With an extensive tenure at AFI FEST presented by Audi, a program of the American Film Institute, she developed the Cultural Relations department that promoted international talent, films and audience engagement. Additionally she aided the revival of their Screen Education program for over 2,000 students.

In 2019, with Jacqueline Lyanga, she programmed The New Wave for Film Independent in partnership with KCRW at MOCA (Museum of Contemporary Art). The program showcased films, conversations, performances, youth and community activities from cultural changemakers.

Jaisinghani is an alumna of Carnegie Mellon University’s Drama program in Directing and has participated in talent and leadership development programs at the Tribeca Film Institute, Film Independent and Arts for LA.